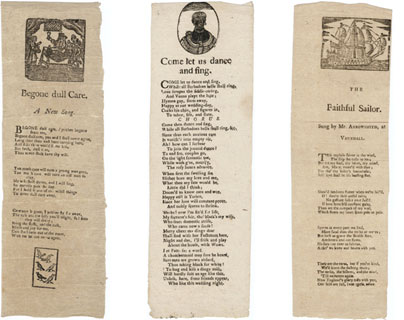 Ballads were originally sung narratives that reported current events. By the middle of the eighteenth century, “ballad” had come to mean almost any kind of song, light or serious. Whereas ballads had previously been considered to have little artistic or literary value, they began to be collected by antiquaries and championed by such writers as Joseph Addison. Ballads formed the basis for successful stage works such as John Gay’s The Beggar’s Opera.

As ephemeral, low-culture objects, these broadside ballads are remarkable survivors, examples of the format in which songs were disseminated. They represent a variety of styles and topics, ranging from ballads that had been in circulation for several hundred years to those written very recently for operas and plays. They were usually illustrated with simple wood engravings, sometimes recycled from other ballads and thus bearing little relation to the words beneath.

(b) George Colman, the Younger (1762–1836)
“Come let us Dance and sing”
From Inkle and Yarico, 1787
Based on a seventeenth-century ballad
English ballad broadside 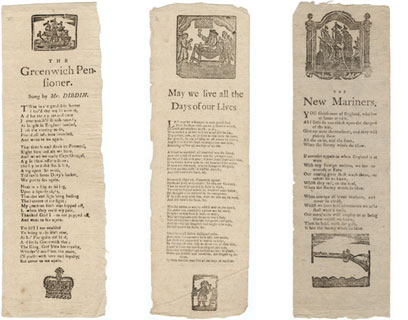 (e) Author unknown
“May we live all the days of our lives”
Sung at Vauxhall by Mr. Vernon
Late Eighteenth Century
English ballad broadside 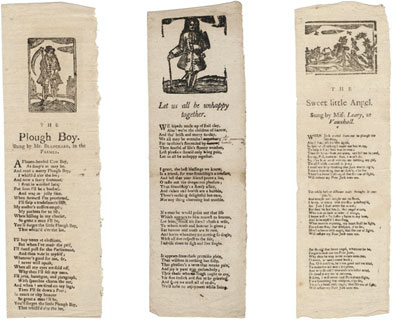